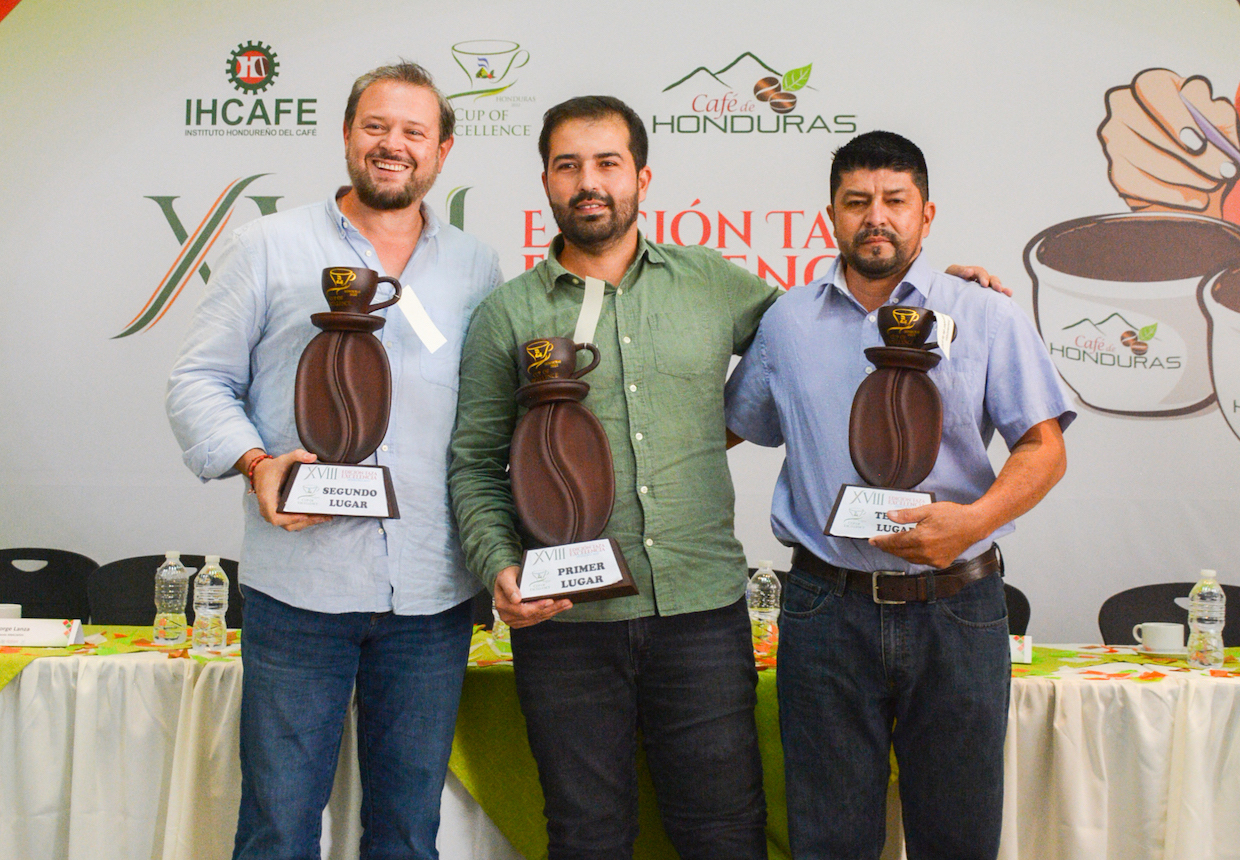 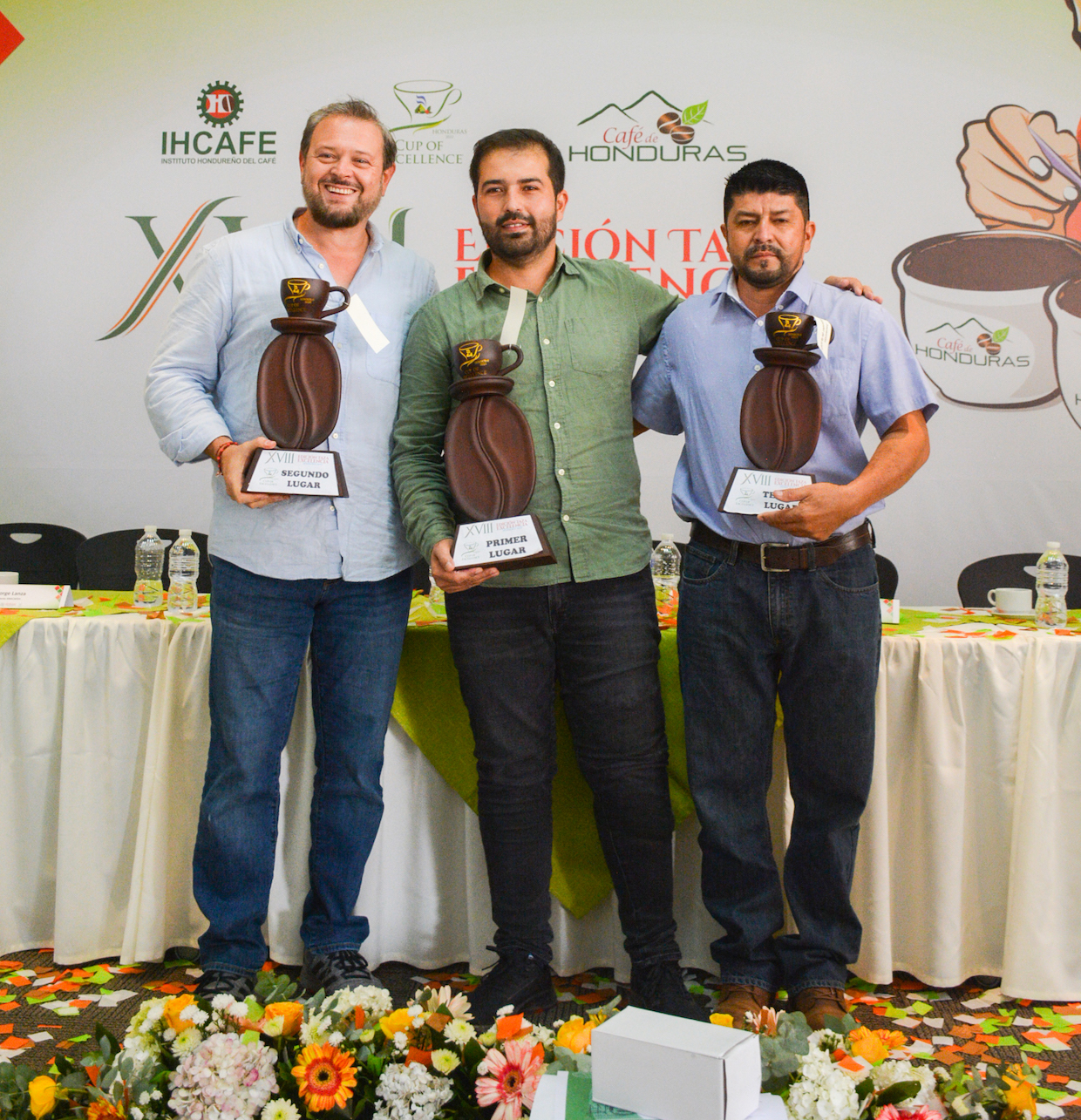 Winners of the 2022 Honduras Cup of Excellence coffee competition.

The 20th Honduras Cup of Excellence (CoE) competition has resulted in wins for 25 different farmers from 10 different municipalities whose high-quality green coffees are heading to an online auction on Tuesday, Aug. 16.

In partnership with the Honduran Coffee Institute (IHCAFE), the program included two coffees that reached 90+ points, according to the international jury results.

A washed-process, Gesha-variety coffee from the farm La Salsa that was produced by Benjamin Paz Muñoz in the department of Santa Barbara scored 91.25.

A washed-process blend of the Gesha and Pacamara Amarillo varieties produced by the Mierisch family in Comayagua at the farm Santa Lucia scored 90.03 points.

Yet another washed-process Gesha from Santa Barbara, produced by David Omar Muños Ulloa at the farm La Colmena, placed third in the competition with a score of 89.5 points.

“I am filled with gratitude for having achieved this goal,” winner Benjamin Paz Muñoz said in announcement from the organizers. “It is a dream come true. Not only do I win, but I also win a community and an entire region. The cup has returned to the state of Santa Barbara.” 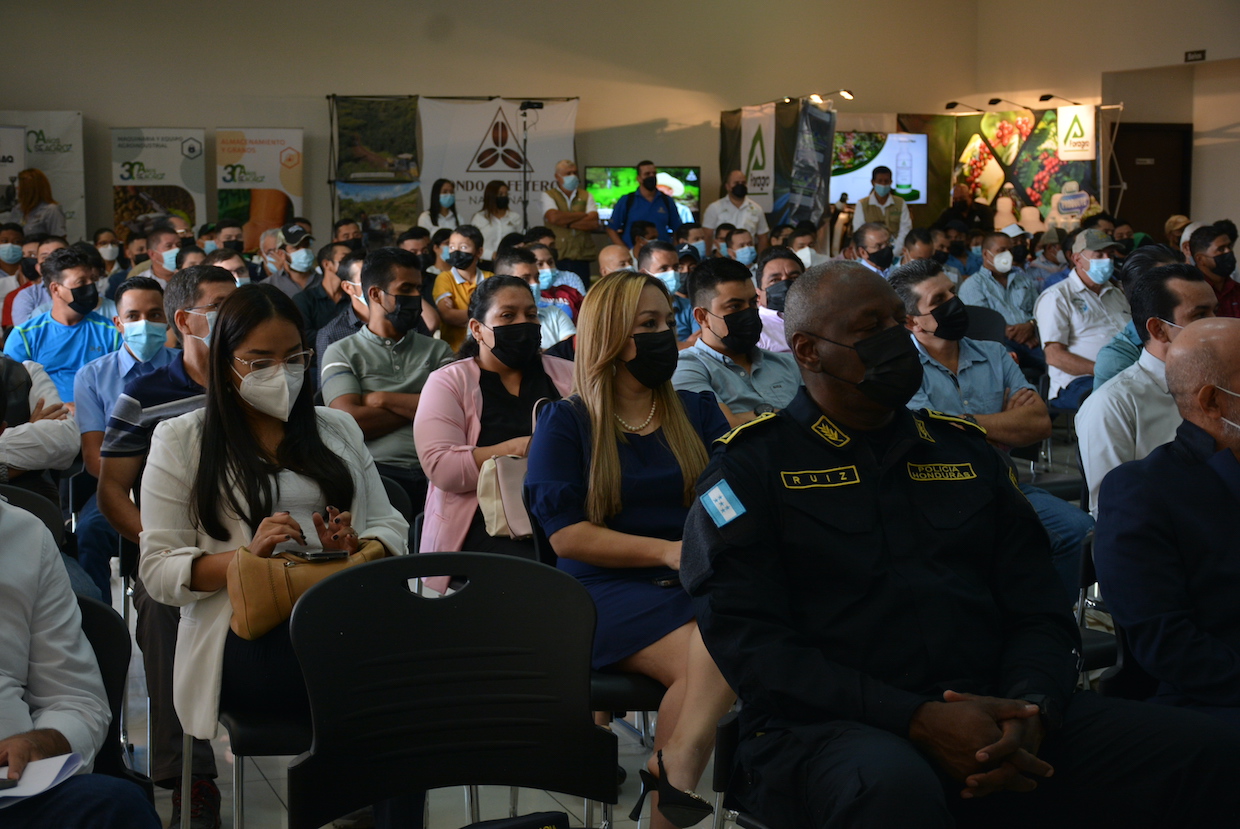 Guests at the 2022 Honduras Cup of Excellence awards presentation.

In addition to the Aug. 16 CoE auction, the organizers are preparing a “National Winners” auction for 14 other microlots that scored between 85.76-86.94 following the competitions rigorous judging process. That auction will run Aug. 8-19. Click here for more information about auction registration or pre-auction samples.