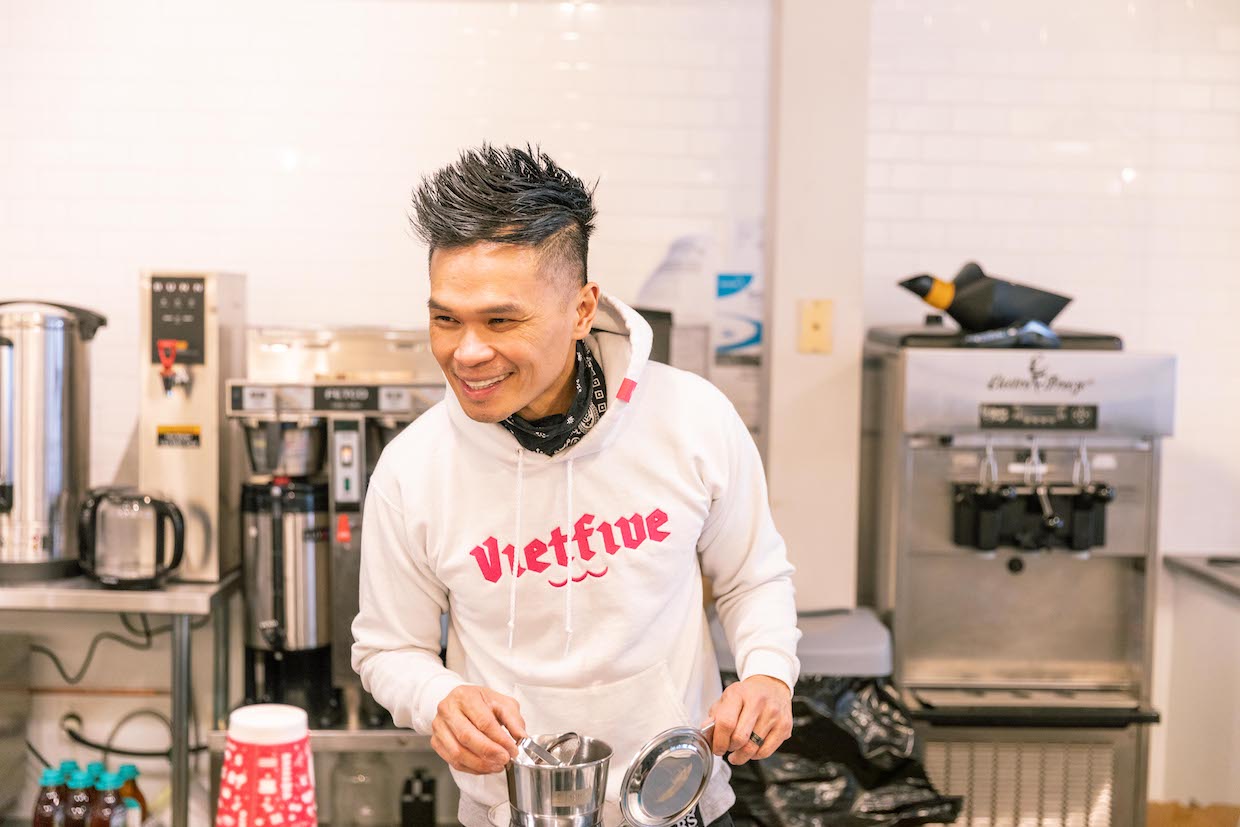 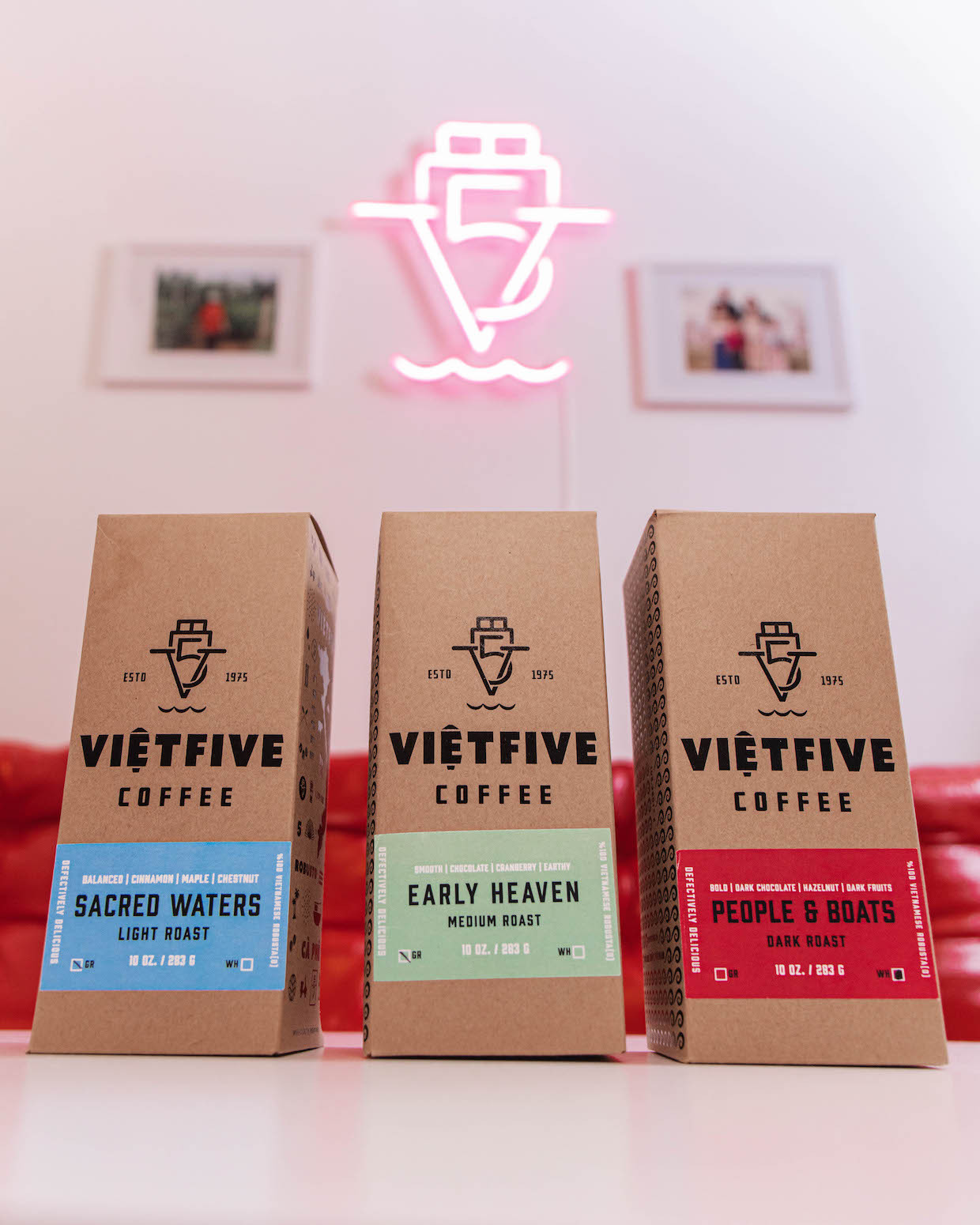 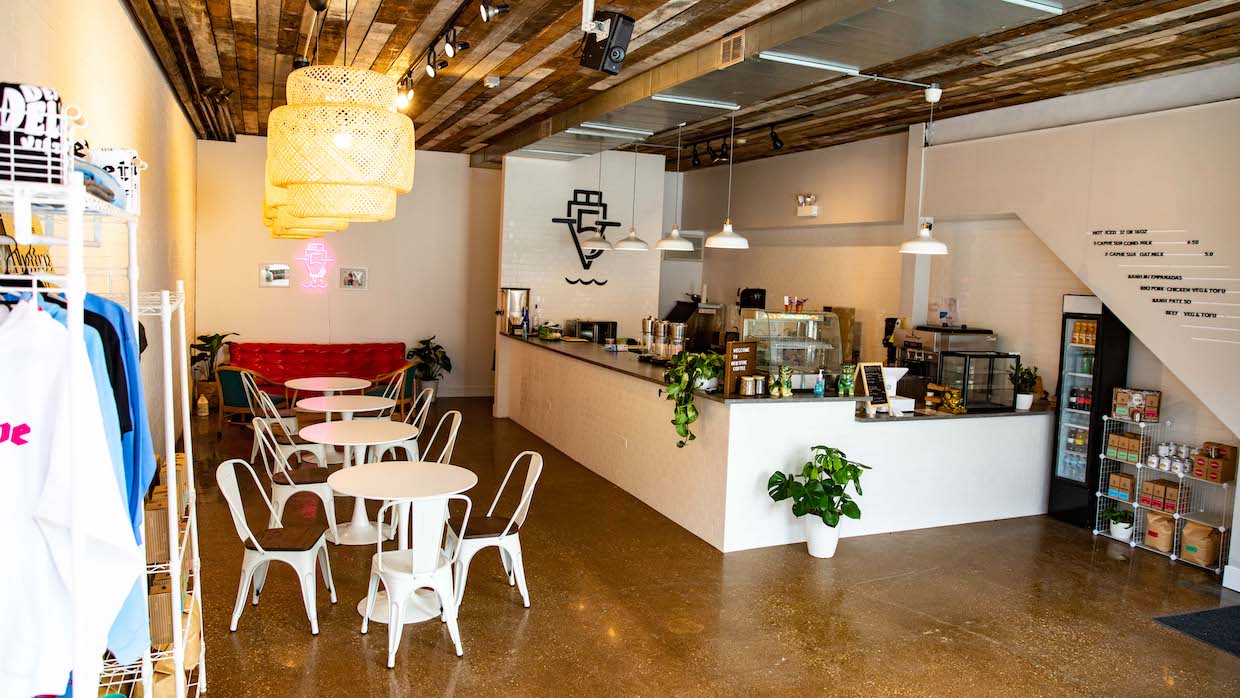 “It’s how my mom has taught me since I was child, and it’s how we brew every single cup,” VietFive Founder Tuan Huynh told Daily Coffee News of the traditional phin method.

A community organizer, Huynh founded the vertically integrated coffee company in 2021, with operations reaching five different links of the supply chain. Using robusta coffee grown by his uncles on a family farm in the Central Highlands of Vietnam, VietFive acts as the coffee grower, harvester, exporter, importer and, as of March, retailer.

Huynh is the second youngest of five siblings, and it was in 1975, after the fall of Saigon, that the communist government forced his family to relocate from Da Nang to farm lands in the Central Highlands. Shortly thereafter, the government imprisoned Huynh’s father for a term of just over five years.

In 1981, upon his father’s release, the family fled and spent five days at sea on a vessel carrying 55 people, then spent five months in a Kuala Lumpur refugee camp before finally gaining admittance into the United States.

Huynh’s uncles remained on the farm in Buon Ma Thuot, Dak Lak Province. In 2019 Huynh returned to the farm for the first time since he was three years old before deciding to import the coffee to the United States.

“We grow and harvest only robusta. We only serve robusta in the shop, as well,” said Huynh. “We do all of the logistics and paperwork of exporting and importing. I have a sales rep in Saigon that coordinates with my uncle on the farm to package and prep our green coffee beans for shipping. I then use a U.S. customs broker once it arrives at the shores of the U.S., to receive it and ship it to the doors of our shop.” 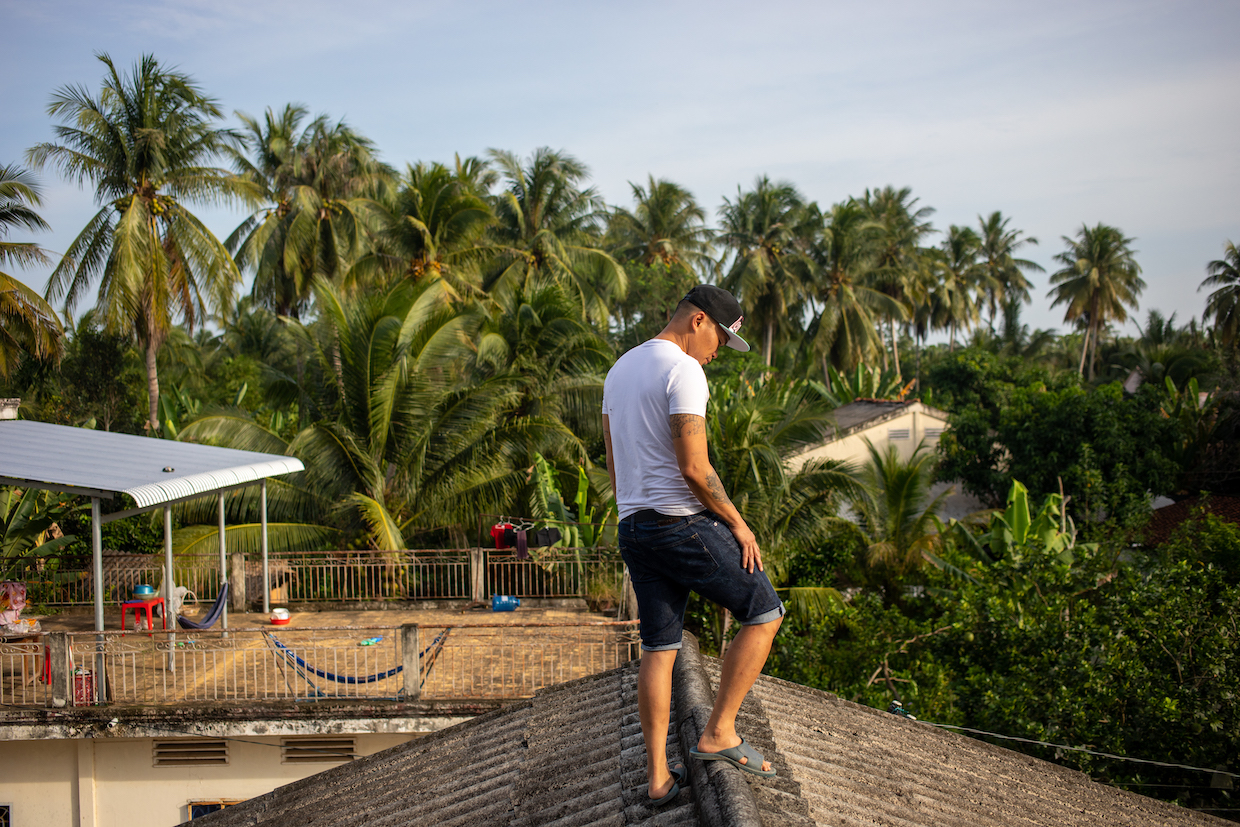 The walls of the shop are kept sparse, and the furniture inside kept light, in order to maximize flexibility for hosting community-focused cultural and educational events.

“The negative space gives a breath of free thought and expression,” said Huynh. “The space is designed to connect, build community, and [it’s] where creative minds come together. We have an itinerary of summer events, from Web3 onboarding workshops to live music and art exhibits.” 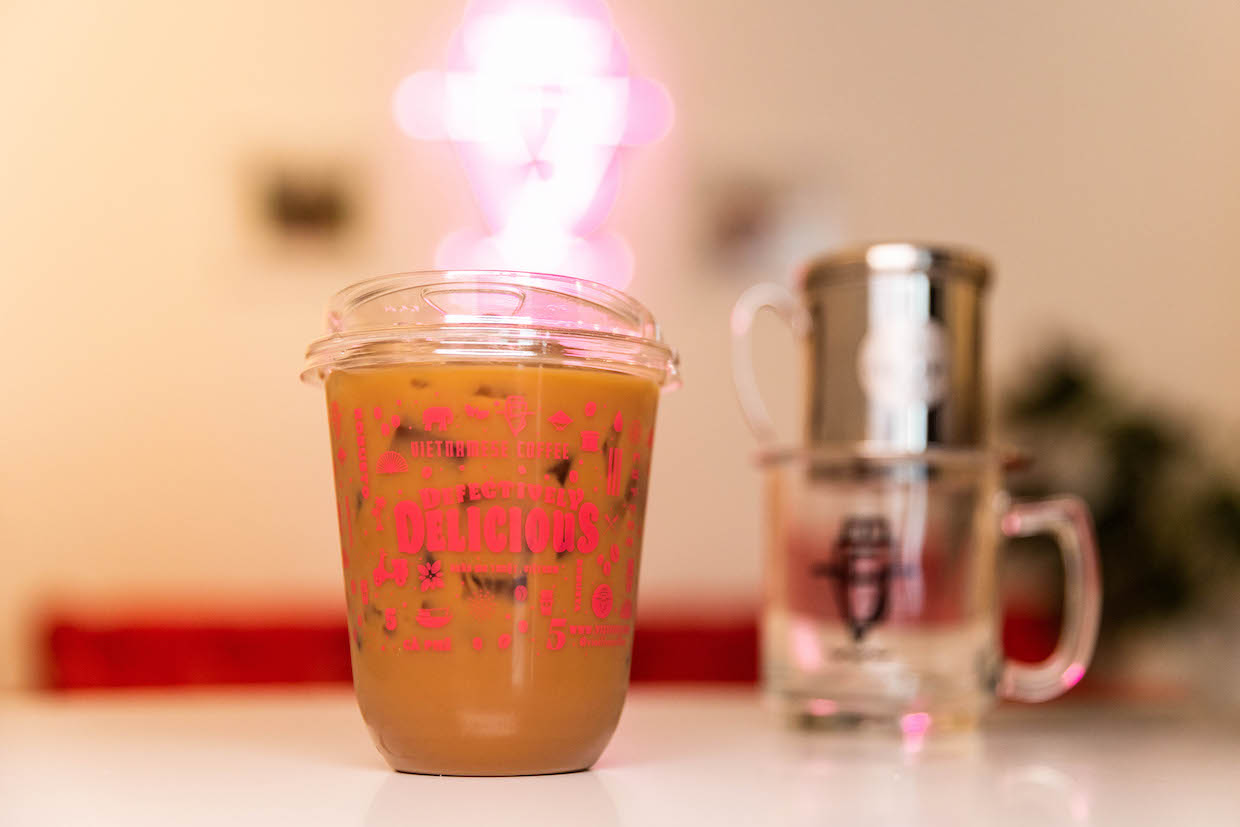 VietFive relies on Chicago-based, Asian-owned roasting company Bad Owl Coffee for the roasting of coffees that are ultimately served alongside culture-combining snacks such as a Bahn Mi Empanada and Bahn Pate So, the latter a Viet-French puff pastry stuffed with either beef or five-spice tofu.

“Our next location will include a roaster and kitchen,” said Huynh. “[We plan on] continuing to caffeinate the world with robusta goodness, and building a community around the love of authentic Vietnamese coffee.” 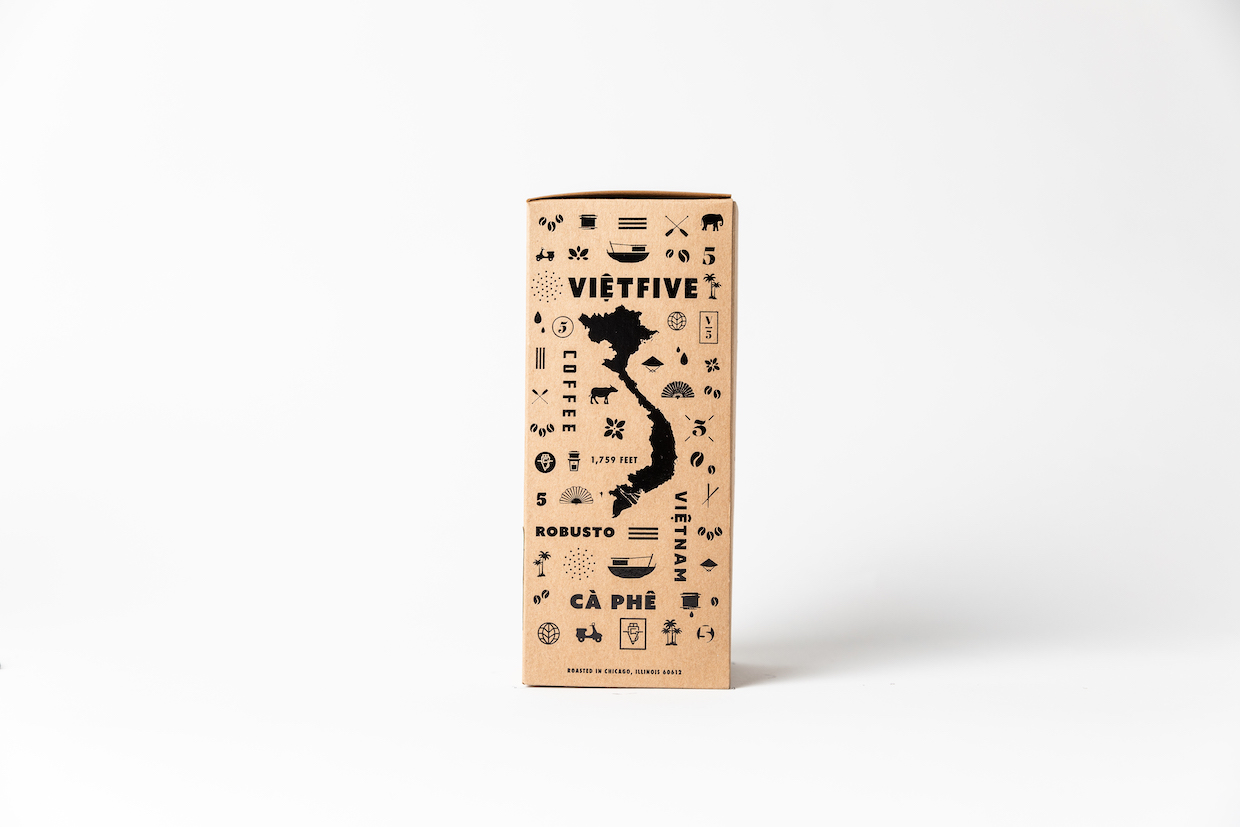 VietFive is located at 1116 West Madison Street in Chicago. Tell DCN’s editors about your new coffee shop or roastery here.