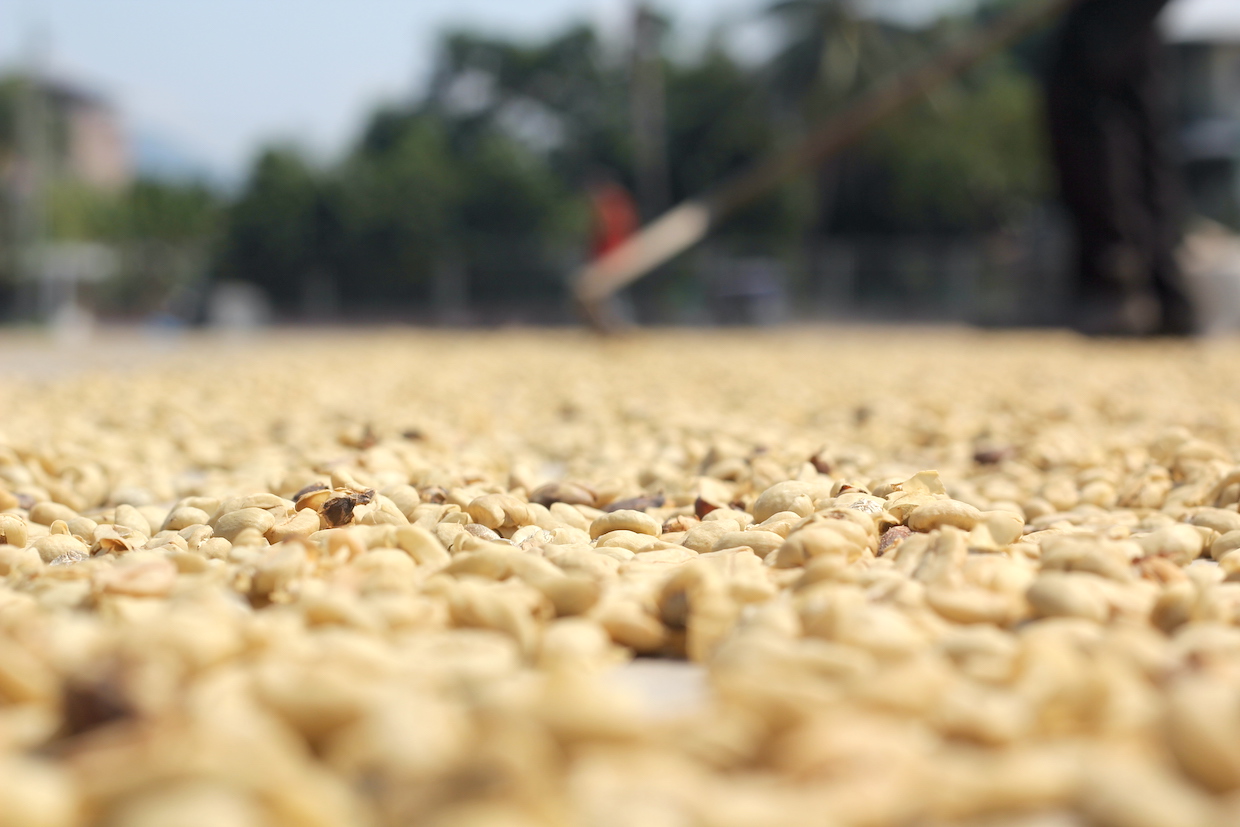 Coffee production is currently under a serious threat that could drastically change the coffee we drink each day and potentially leave our cups dry.

Coffee trees cover an estimated 11 million hectares of land throughout the tropics. Farmers harvest ripe emerald coffee cherries by hand and meticulously process them until the seed is ready to be roasted.

Outside of some large farms in Brazil and elsewhere, farmers who steward the world’s coffee lands do nearly all their work by hand, from planting to picking. These farmers get by on razor-thin margins and often sell coffee for less than their production price. Yet the challenge of producing coffee doesn’t stop there.

Of the 124 known species of coffee, 99% of the coffee produced and consumed today comes from just two species: arabica and robusta. The genetic diversity of coffee is remarkably low for a crop of such importance. The diversity of genes within a plant population increases the possibility of adaptation to changing climate and disease pressure. Coffee’s limited genetic diversity leaves the crop especially susceptible to climate change and diseases.

Coffee grows in a narrow strip from the Tropic of Cancer to the Tropic of Capricorn, often referred to as the “coffee belt” or the “bean belt.” Within this geographic climate zone, coffee trees thrive within specific microclimates consisting of the ideal altitude, rainfall, moderate temperature, and adequate shade.

Coffee trees are uniquely sensitive to climate and quickly decline in conditions outside their optimal range. Because of their sensitivity, coffee trees will be heavily impacted by a changing climate. Within the next 25 years, their suitable climate is predicted to be reduced by half.

As coffee has become more intensively produced over the decades, shade has been removed, and the heavy use of synthetic fertilizers and pesticides has become the norm. This has degraded the formerly rich ecological capital of these systems and further exacerbated climate-driven changes.

While slowing a changing climate is a gargantuan problem to tackle, restoring microclimates for better plant health is not only possible, it can be achieved relatively quickly. A stable microclimate for coffee — including diverse shade trees and functional, living soil — can help buffer the effects of a changing climate.

In addition to climate change, there are several diseases that regularly pose threats to coffee production. The most pressing currently is coffee leaf rust (CLR), a pathogenic fungus that infects coffee leaves, essentially shutting down the plant’s ability to photosynthesize, produce nutrients and sustain fruit. Left unchecked, leaf rust can decimate entire farms.

In 2012, rust spread to Latin America and reached pandemic proportions, causing an estimated $1 billion in crop loss and damage to trees. With livelihoods and entire economies at stake, governments and organizations rapidly deployed fungicides and removed infected trees, saving many farms and abating the spread. This event provided a major impetus for the further development of rust-resistant coffee varieties.

By 2017 Honduras had aggressively adopted rust-resistant varieties. One such variety, Lempira, accounted for 42% of all the coffee trees in the country. Despite those efforts, a rust outbreak hit the country and severely infected the Lempira variety.

Some efforts are underway to breed coffee to enhance its disease resistance, yet breeding coffee is a painfully slow process. Breeding starts by crossing genetically distinct parents, the offspring of which is called a F1 hybrid. These hybrids are known for their vigor, yet lack stability in their traits. Breeding a stable coffee variety can take upwards of 15 years.

Meanwhile, there are currently 40 known strains of rust, and likely many more on the way as fungi have a knack for mutation.

While breeding may be a part of the long-term solution for coffee in the face of a changing climate, there are some other immediate and affordable actions that can improve coffee’s resiliency.

Coffee trees are native to the forests of Ethiopia, where they have grown and evolved amongst a diversity of shade trees.  As global coffee production has become more industrialized, farms have removed shade trees, increased the density of coffee trees and introduced a slew of chemical fertilizers, fungicides, and herbicides to maintain production.

In short, the coffee industry has destabilized the two pillars of successful coffee production: a diversity of shade trees and healthy soil.

Coffee agroforestry systems blend the diversity and structure of the forest with the production of coffee. This essentially mimics the natural habitat of coffee trees but can be intentionally designed to include other fruits, nuts, honeybees, and even high-value hardwood trees.

Healthy soil has a regenerative effect that compounds over time to create more life within a system. This works on a scale of weeks, months and years.

Even the perfect hybrid tree is only as healthy and vibrant as the soil in which it grows. Breeding can and should be part of the solution, yet it is in no way a silver bullet. Betting the future of coffee on the success of hybrids creates is a risk, especially if it further consolidates power rather than responding to on-farm realities.

For coffee to continue as we know it, farmer-led agroforestry systems, built on a foundation of soil and plant health, must become the norm. This can reverse a trend of farmland degradation, improve coffee quality, provide farmers with much needed additional revenue streams, lessen and even eradicate disease pressure and contribute to climate change mitigation on a local and global scale.

This movement is already underway, yet it will require increased awareness for meaningful change globally.

More coffee roasters need to understand this issue so that they can buy coffee from farms like Finca San Jeronimo, a regenerative coffee farm in Guatemala; more consumers need to know that their coffee purchases make a difference; and more of the voices working within this movement, on the ground, need to be heard so we can change the discourse in the coffee industry echo chambers.

Your future cup of coffee depends on it.

[Editor’s note: Daily Coffee News does not publish paid content or sponsored content of any kind. Any views or opinions expressed in this piece are those of the author and are not necessarily shared by Daily Coffee News or its management. Do you have a story idea for DCN? Share it here.]