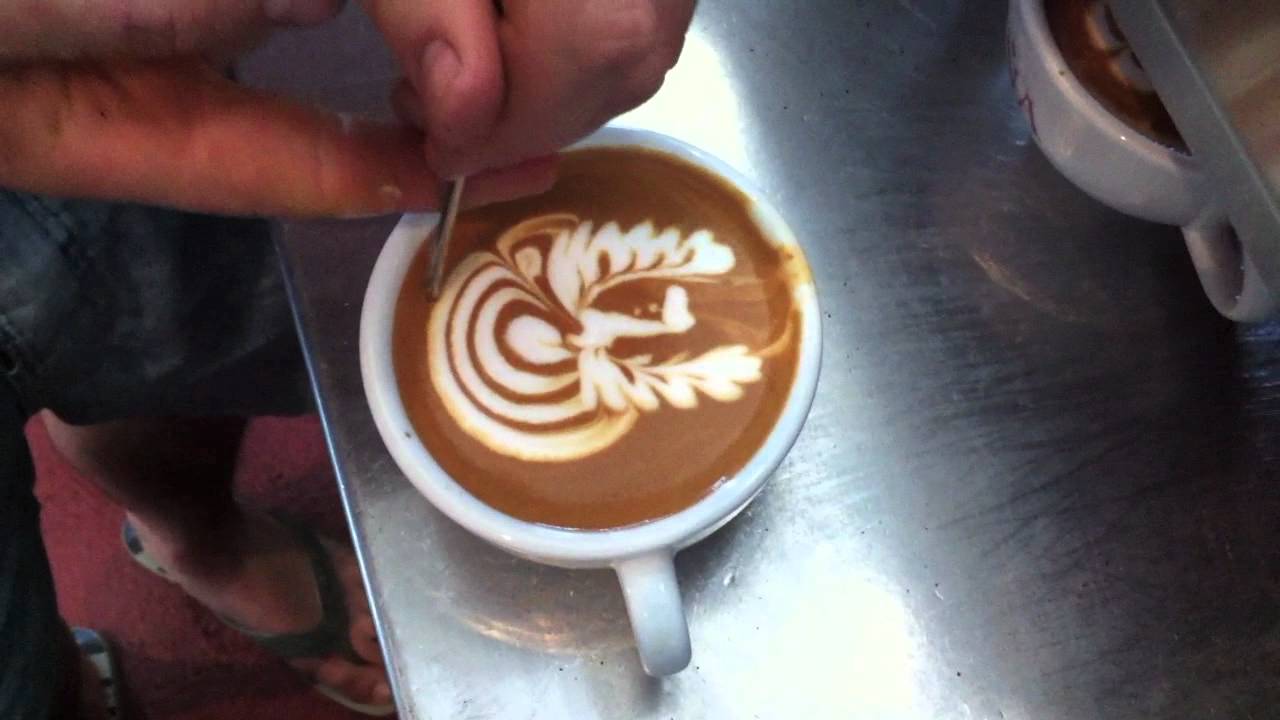 Coffee Art
Share on Facebook
Share on Twitter
Share on Pinterest
Share on LinkedIn
another killer session at urban bean espresso bar with sam, wade and dean.The boys at urban threw down the jam challenge to push your comfort zone and try something new. this resulted in some spectacular pours and wound out to be a stella arvo. poor old wadeo battled with his group handle toss but managed to pull an banger we dubed the exploding rosie, sam was a camera hog trying to pour a phoenix with a tail and gave it the tongue twister name feather flairing phoenix, he also conjured up the surfer boy put prob should of taken a photo straight away cause the only snap taken was a bubbly mess. as for dean well he mainly did the work wade and sam turned up to do so he gets a mention for his moral support. enjoy

song: A bright day by Gramatik