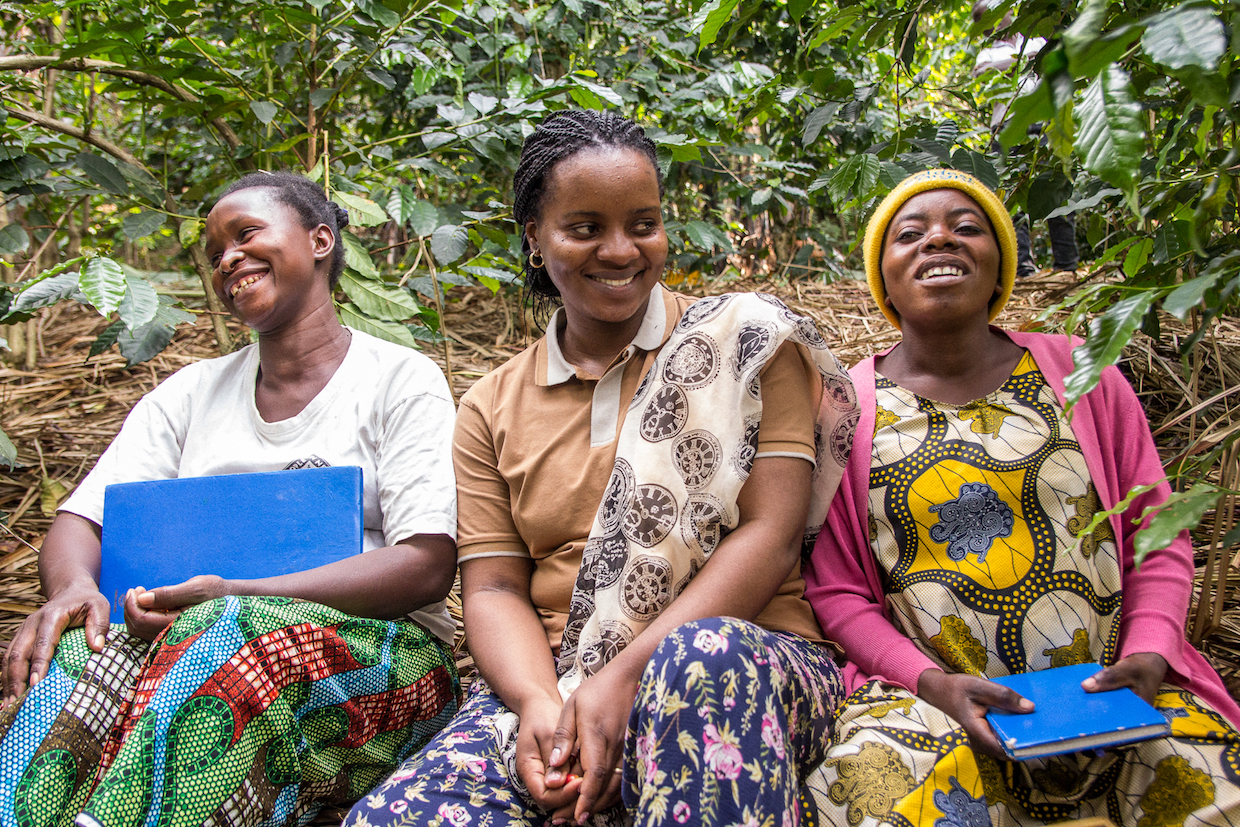 For the past six years, Linda Mugaruka has been on a singular mission to support and promote specialty coffee production the Democratic Republic of Congo (DRC).

Mugaruka identifies as an agronomist, a chief quality officer, an owner/entrepreneur, a Q Grader, a wife and a mother. In 2017, Time magazine bestowed upon Mugaruka the honorific title “Queen of Beans,” as part of its “next generation of leaders.” 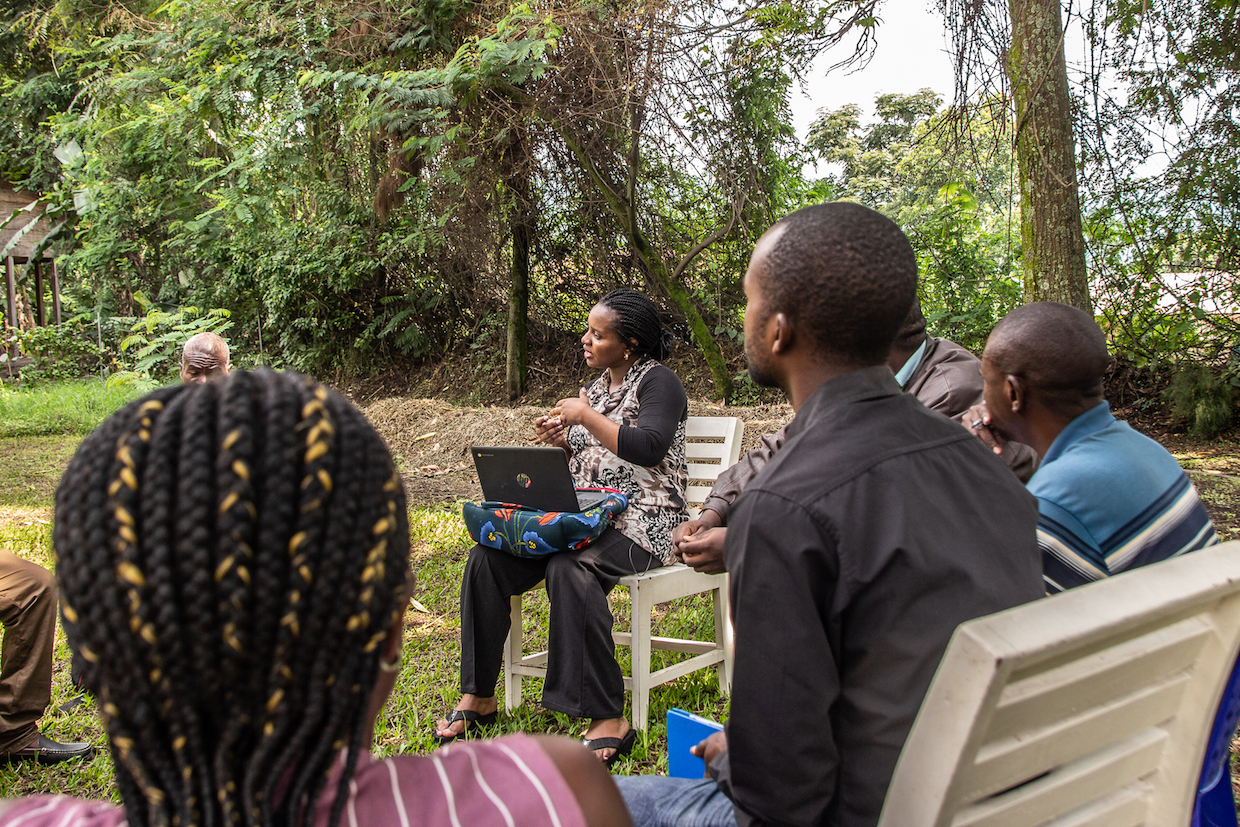 Since then, Mugaruka has been working tirelessly to promote Congolese coffees while helping bring them to market through the social-mission-driven coffee trading outfit Mighty Peace Coffee, based in Madison, Wisconsin.

Mugaruka is one of five partners in the coffee trading company, while leading efforts in the DRC through her home base in Bukavu and working directly with coffee producers. That work was recently highlighted in a brief documentary on Mugaruka released by Mighty Peace Coffee called “Queen of Beans.”

Mighty Peace Partner Jim Ngokwey told Daily Coffee News that the documentary was designed to help promote Mugaruka’s name and the Mighty Peace mission, but also to give a voice to actors in the coffee sector who are too often not in control of their own narratives.

“When it comes to Africa, Congo and coffee growing regions, the people and communities that produce coffees are often relegated to being passive subjects in other people’s stories and narratives,” Ngokwey told DCN via email. “With Mighty Peace Coffee, and our commitment to the Congolese coffee sector, it’s important to highlight and give a voice to those who are often voiceless.” 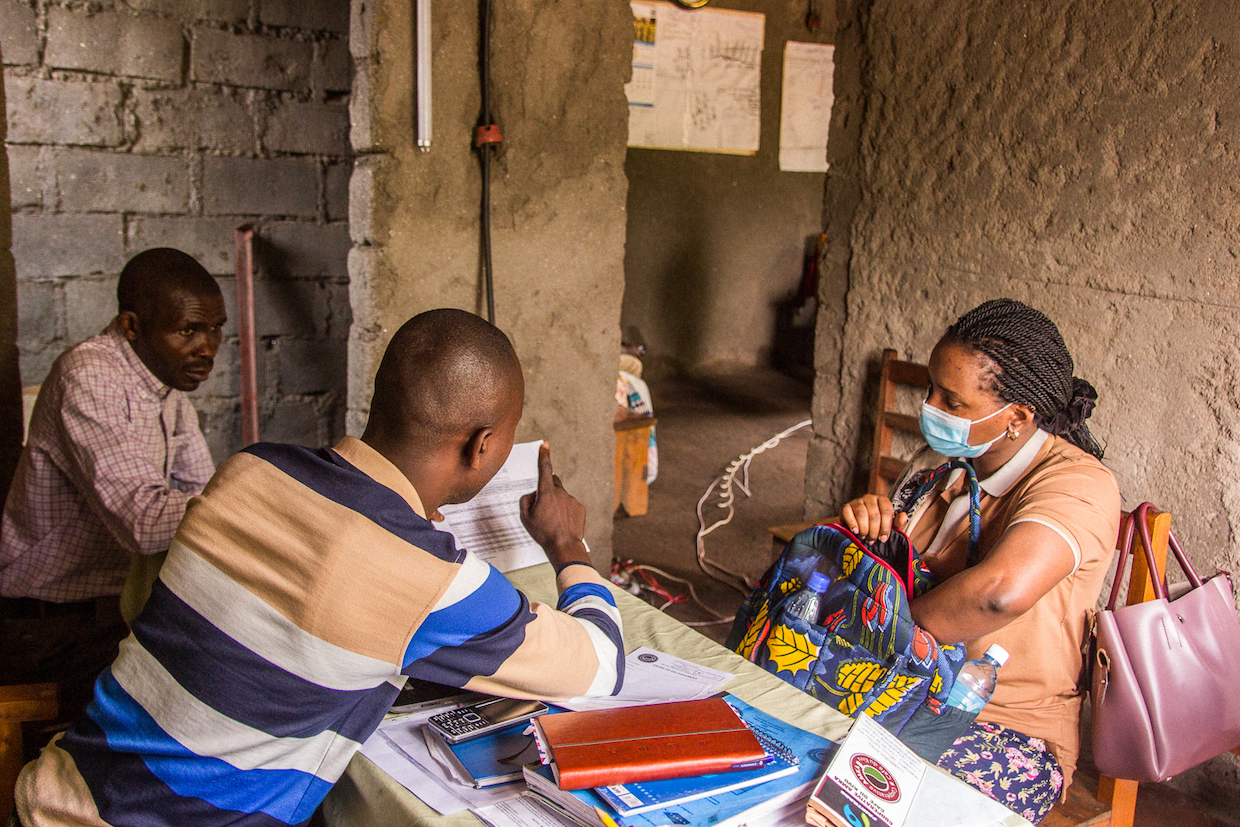 We took the opportunity of the video launch to ask Mugaruka more about coffee in her home country.

“It took me a while to find my path in coffee and to truly become passionate about it,” Mugaruka told DCN (translated from French by Mighty Peace Coffee). “At first I didn’t think I could make it in the industry, but the challenges I faced and overcame over the past few years and the growth I experienced, have made me realize that nothing worth having comes easily, and being persistent is rewarding.”

Daily Coffee News: What are some of the most pressing challenges facing coffee producers in the DRC, and what kinds of things do you wish buyers in places like the U.S. understood about Congolese coffees?

Linda Mugaruka (translated): We live in a country which has been characterized by wars and armed conflicts for several years. Producers have to deal with a lack of infrastructure to facilitate the processing and movement of cherries of coffee from one site to another, insecurity in some regions especially in North and South Kivu, roads in poor conditions, and currently we are facing a climatic disturbance which further slows coffee drying — not to mention the natural disaster that the city of Goma suffered recently when the Nyiragongo volcano erupted in June. A city of 2 million had to be evacuated. Let’s not also forget the high logistics fees and taxes we’re dealing with…

Despite all of these challenges, producers manage to produce good specialty coffee that meets organic, Fair Trade and other international requirements and standards. 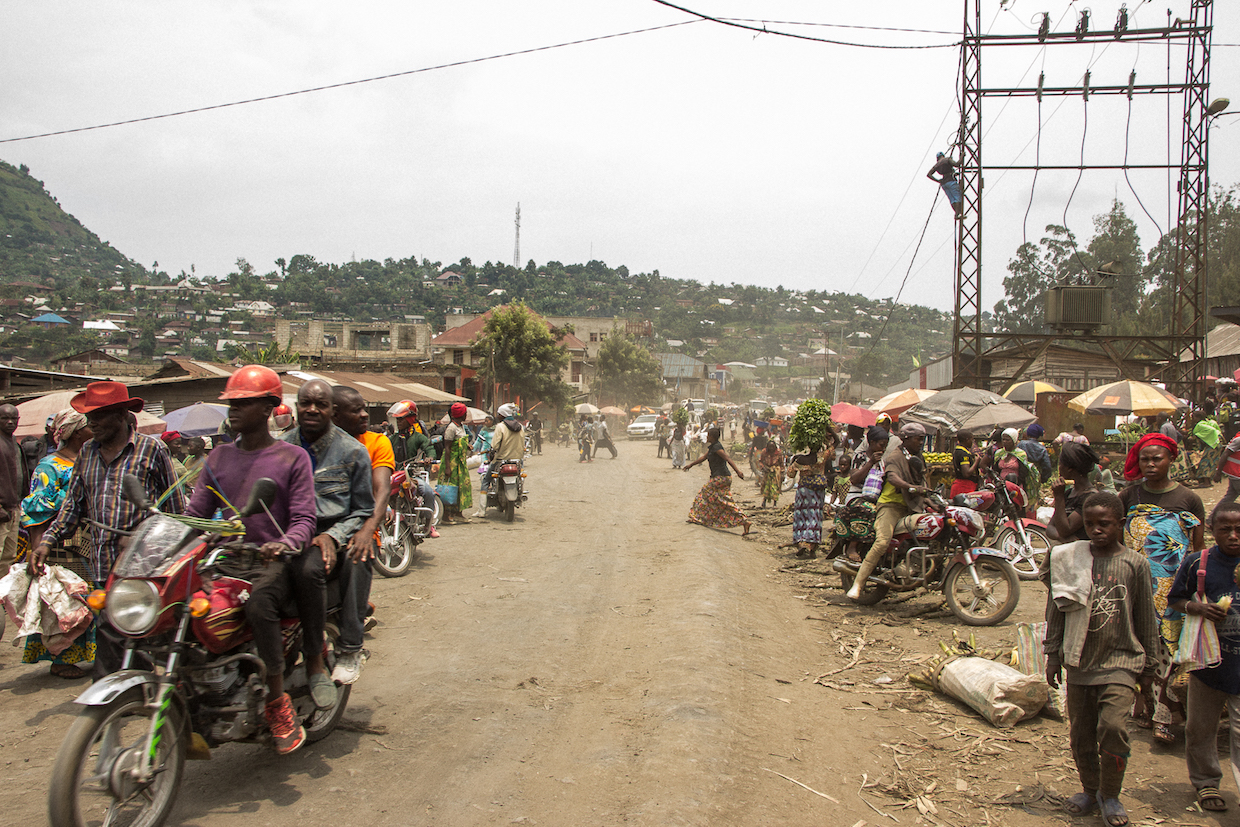 Regarding what I would like for buyers to understand, it’s that the cultivation of coffee is a cultivation of hope, as it can play an important role in the DRC’s economic development. I have always said that I would like for the world to have a different perspective of the DRC — for them to think of the great coffee we’re able to supply to international markets, despite the conflicts that affect our coffee producing communities.

What are some of the challenges that you face as a woman in the coffee industry?

I try not to compare my challenges as a woman to the challenges men face, but what I can say is that every industry has its challenges. I can start with agriculture in general; when I was in college studying agronomy, it was a shock to many, as agronomy was viewed as a man’s domain. As a result, there were very few women in my classes as they felt that it wasn’t a space for them.

But things have changed and there are more women in the sector now. Additionally, in the coffee industry specifically, I’ve noticed a greater appreciation for women-produced coffee. I believe that’s a result of the love and attention to detail that women bring to everything they do. Especially when it’s something like coffee, which is important for their household and professional empowerment. 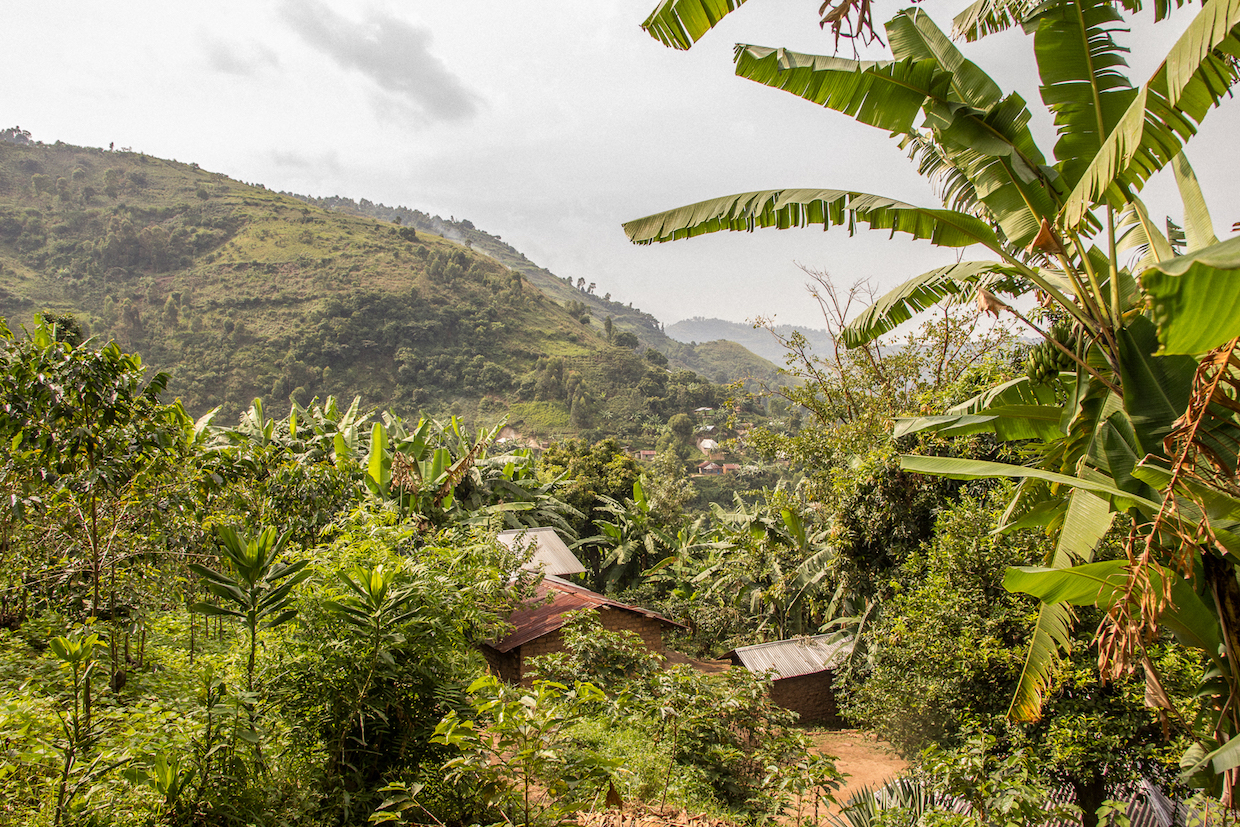 But there is a price that women in the coffee sector pay; some of them have to leave their husbands and children for extended periods to work tirelessly in the fields and ensure that the coffee produced is good enough and meets international standards. Time away from my son and husband is the most difficult part of my work.

What about coffee inspires you most?

What inspires me about coffee is being able to communicate with and advise producers, the heroes of the industry. I call them heroes because they work tirelessly, even sleeping in the fields at times to produce the best possible coffees. The quality of their work is inspiring, given all the challenges they face. Being able to communicate directly with them, help them and explain what factors and actions affect the coffee’s quality and taste is very rewarding.

What about coffee troubles you most?

What troubles me about coffee is being around people who don’t recognize the value and the difficulty of the work across the supply chain to provide quality coffee. It’s troubling to come across such people who don’t appreciate and value coffee appropriately and make judgements based on where the coffee is from. When I drink coffee, I enjoy paying attention to every detail, every flavor note, because I understand the work that was required to produce it.

What would you be doing if it weren’t for coffee?

If I was not in the coffee industry, I would still be in another agriculture-related sector and working to improve food security in certain regions of my country. I love helping people and being useful, and food security and women empowerment are challenges that I would want to help solve.

Is there someone in coffee who inspires you? Nominate that person for DCN’s “Three Questions” series here.