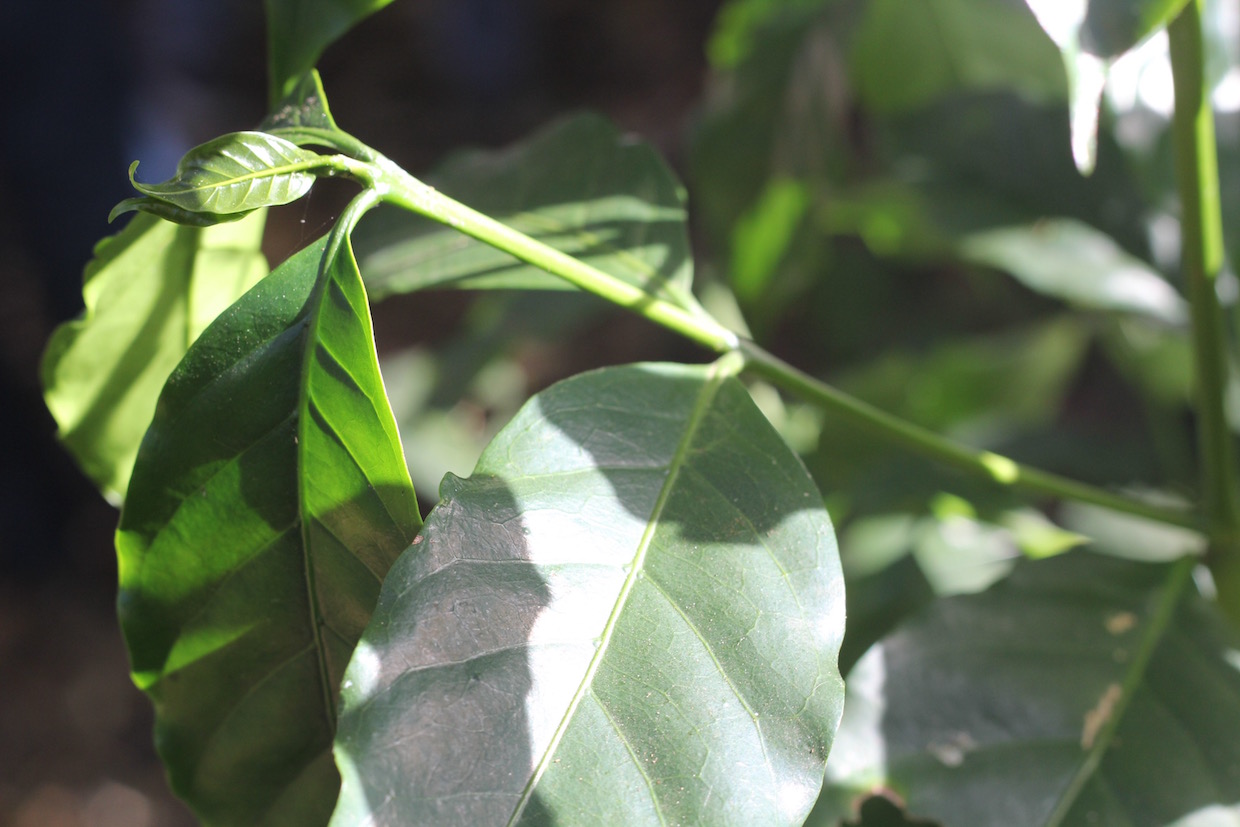 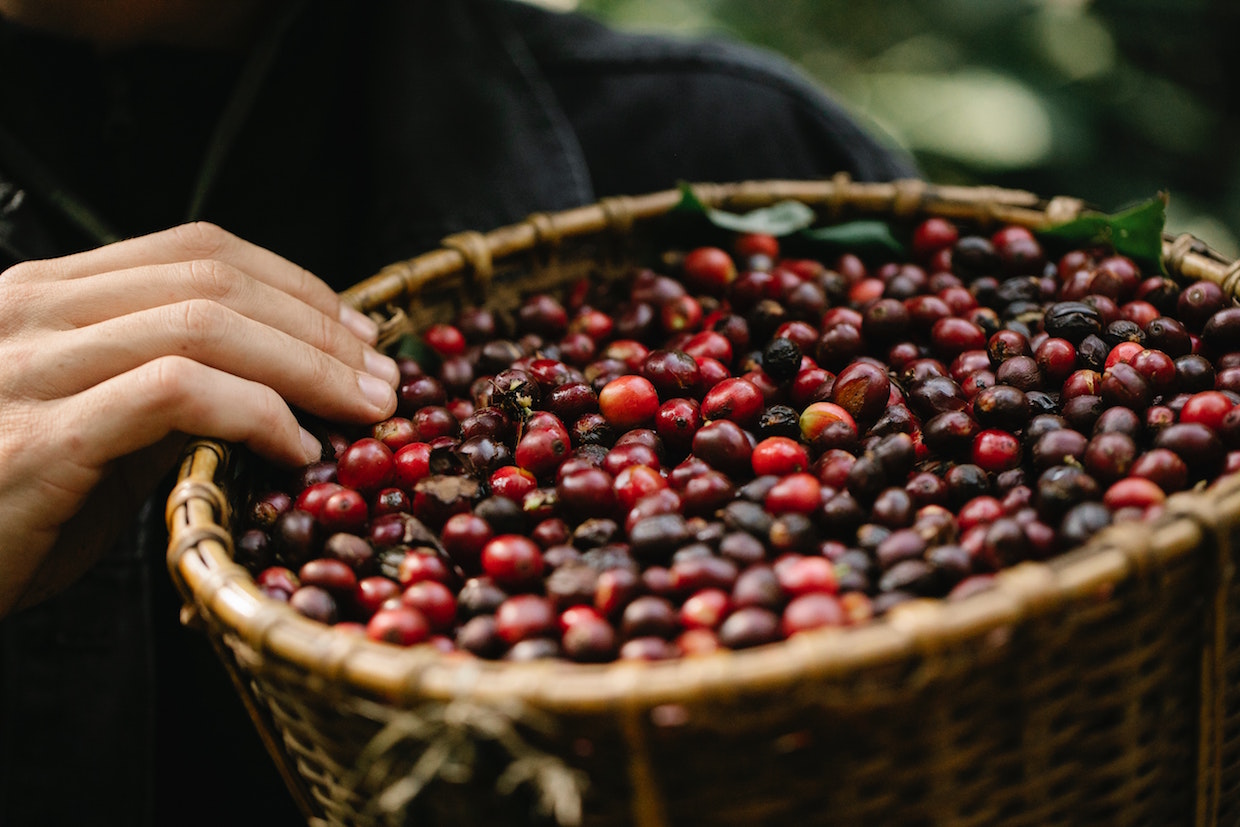 Like “origin stories,” photos “of origin” shown in traditional consumer markets tend to romanticize coffee farming and production, rather than recognizing it as real work undertaken by real people.

There are plenty of words in specialty coffee that are so overused, or used so variably, that they ultimately seem to signify very little.

The word “specialty” itself comes to mind; “quality” is arguably still subjective; and then there’s “sustainability,” which can mean entirely different things to different people or organizations. Even the word “fresh” is contestable.

While there may still be some redeemable virtues for these cornerstone descriptors, I’d like to make a friendly case for retiring one of the other biggies on the list: “origin.”

I’d personally like to see us pivot from this particular beloved word — if not all the time, then at least some of the time — but let me explain my thinking.

The starting point, place or plant

One of the first reasons that comes to mind is the fact that “origin” implies an inception, a creation, a birth, the starting point of a journey that may have many stops, but only one true beginning.

Depending on which branch of coffee’s long history you trace, that true beginning may be identified in South Sudan, Ethiopia, Yemen or Madagascar, but certainly not the other places we call “origin.” Since political borders are human-made, they change and are routinely disputed. So perhaps “origin” is not a place, but a plant.

The latter way of thinking is one reason Peruvian exporting company Origin Coffee Lab stands by its name.

“It does help us understand that coffee is a fruit and where it comes from is different from your cup,” Origin Coffee Lab Partner Stanley Slater told me.

And it’s true: There is something in the word itself that encourages us to dig deeper, to seek some kind of understanding, maybe even to get existential.

Coffee, however, is not all existential: It’s also a very real crop grown by very real farmers around a very real world that is covered in different terrain, with access to different genetic material that is exposed to different weather patterns, and subject to different traditions and techniques that make it an incredibly nuanced and differentiated product — at least to us in the specialty market.

Why do we even care?

“Why do we even care?” asked Coffee Enterprises Vice President Spencer Turer. It’s a very good question, and one he answered the next breath: “You’re putting a piece of information in front of the consumer, and part of the story is telling them why this information is important.”

“’Origin’ is shorthand because the actual term is ‘country of origin,’ globally that’s how we identify the source of the product,” Turer said, referring to official documents like contracts and ICO marks.

However, if a coffee is labeled as Guatemalan, it may set a very broad set of expectations for the consumer about what experience they will have with the cup — or it may not set any expectations at all, if the information itself is meaningless to the person reading it.

“If you’re trying to communicate the product,” Turer continued, “you also need to communicate why the information is important, and why you should care about it.”

Encouraging a customer to seek out coffee from one country of origin or another is one thing, and it’s certainly one of the conversations we have most often when we’re talking across the proverbial bar counter.

However, for much of the current generation of specialty coffee, “country of origin” is the broadest possible distinction. More and more, we drill down to the nittiest, grittiest details about where a particular coffee was “born.”

“You can say, ‘I’m going down to origin,’ but that’s not going to help you understand the difference between Brazil, Rwanda, and Peru — they’re all vastly different,” Slater said. “All the contexts are so different, but we use this term ‘origin’ and it’s really not descriptive enough.”

If “origin” is indeed limited to mean “country of origin,” then there is the risk of suggesting that all coffees from a given country taste like X, Y or Z. An even more problematic generalization comes of “origin” extends to the experiences of farmers in those countries, of local market dynamics or the chain of custody.

“If I had to put it in just one word, it’s maybe the identity of the coffee and the producer,” Pérez said. “‘Origin’ means the place that the coffee is coming [from], and it’s not just the location. It’s the culture, the environment, the practices that they change from country to country or even in Guatemala from region to region.”

That said, Pérez also recognized the limitations of expecting too much from “origin,” at least at the moment.

“I think with coffee we’re stuck at the same level. It only matters if it’s from Guatemala or Colombia or Kenya, because ‘Acatenango,’ most people don’t know — many Guatemalans don’t even know,” he said. “Even the name Finca La Soledad, even for Intelligentsia [customers] who have been buying our coffee for 15 years, some might relate to the name, but to others I don’t think it matters to them at the end of the day.”

“I think we are challenged on our understanding of geography,” he said. “Many people can look at a map and can’t find the country, or once they get inside of a country, they don’t know where the regions are, [or] they don’t know the difference between a country, state region, or department.”

For me, this is a big part of the problem, too: “Origin” is a romantic word, an exoticizing word that calls to mind pictures of mist-covered mountains and bright red cherries gently cradled in what can only be described as loving hands.

The phrase “going to origin” sounds like a pilgrimage — or to be blunt, it sounds like a colonizer looking out over so-called “new” territory. It separates our passion for a beautiful cup of coffee from the lived realities of the people in coffee-producing countries who for generations have faced economic hardship, disease, colonial and other political violence, market volatility and erasure.

Of course, this is a very fine line: Consumers want coffee with a side of grass-fed milk, not a guilt trip. We can straddle this line, I think, by being thinking more critically about the language we use to describe what we are selling.

Do we need to call it “origin,” or can we find a term that more accurately captures truth in the description without being histrionic, reductive, or too general? Can we release our steely grip on “origin trips” and “origin stories?”

And can we acknowledge that saying “I’m going to origin” makes as much grammatical sense as saying, “I’m going to grocery store?”

I’ve taken to saying “coffee-producing country” in place of a generic “origin,” and have been more specific about the actual places about which I’m speaking, writing, or visiting. Instead of “origin stories” I prefer “harvest updates” or “sourcing news.” Of course, that’s just me: Maybe I’m making word mountains out of molehills.

Turer doesn’t think I need to throw “origin” completely out the window.

“I think there is a place for ‘country of origin’ in our industry,” he said. “It’s an important part of the coffee story, but it does not begin and end there. It should also include other relevant information about the coffee story to add value. The endgame of the whole conversation is that you have to communicate to your consumer what the words on your bag mean.”

Ever Meister
Ever Meister is a journalist and coffee professional who has written about and worked in the specialty coffee industry for more than 20 years. In addition to writing about coffee for both mainstream and trade publications, Meister is the author of “New York City Coffee: A Caffeinated History” (The History Press 2017).